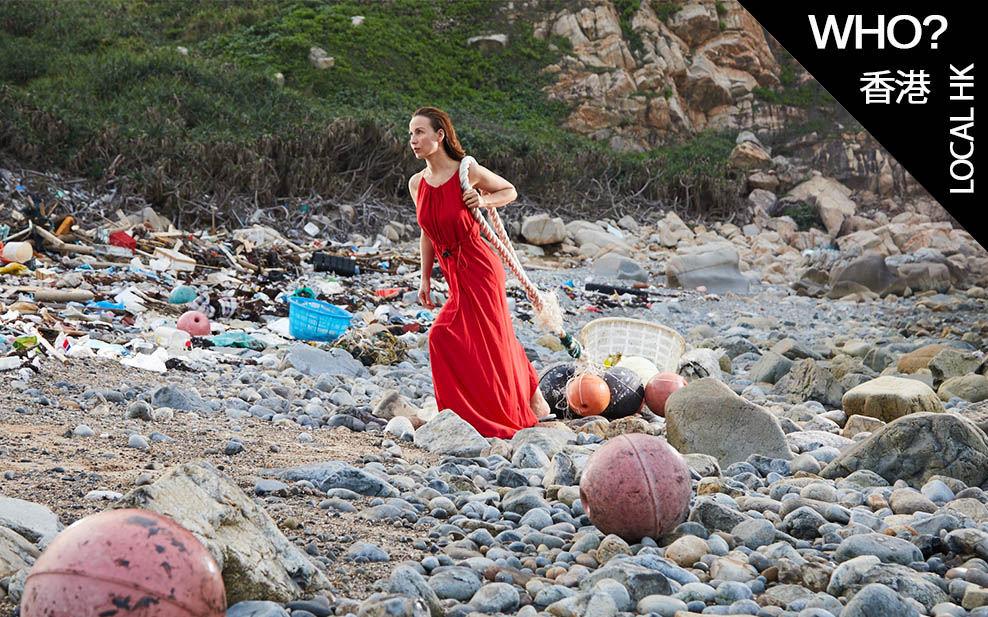 Tanja Wessels: Eco-activist encouraging others to embrace being quirky

In this exclusive WELL, WHO? interview we introduce you to Tanja Wessels, upcoming speaker at TedxTinHau Countdown on October 17th #JoinTheCountdown #CountdownHK. Get to know her eclectic background and free flowing journey that lead her to become an eco-activist and artist. Her intriguing story is one that shows how out-of-the-box thinking can assist us to find our calling and make a positive impact on our communities. Her core mission- to bring awareness to sustainability and influence others to think more deeply about protecting our planet- is a message we are proud to amplify.

It’s safe to say Tanja is comfortable when her surroundings are constantly changing. Tanja was born to South African parents who travelled the globe as Diplomats. 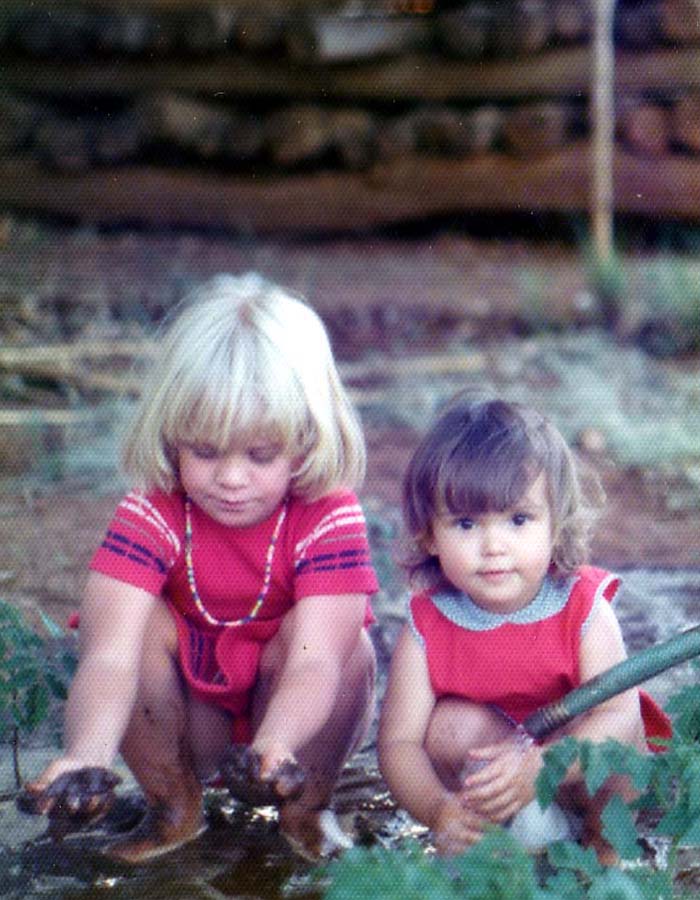 “I’ve basically been travelling all of my life.”

She was born in Portugal, spent her early school years in the US pledging her allegiance to the flag of the USA, then lived for a few years in South Africa and Uruguay, and some random places in between.

Tanja is considered what we call in Hong Kong a “third-culture kid”- a child from a mixed background who usually juggles multiple cultural identities.

Upon graduating high school, Tanja was drawn to art and entered film school in Portugal. Upon completing the challenging curriculum, she moved to London to join her older sister and work as a freelance artist and film creator. For the first time in her life Tanja would enjoy a sustained period of stability, living in London for the next 10 years.

Tanja was comfortable in the multi-cultural melting pot of London’s art film scene.

“[London is] Extremely creative, civilized, collective, global… I’ve never seen such a diverse group of people align on so many different levels… They take it to the next level because they’ve had so many decades of creativity.”

After years spent freelancing and creating art, adventure would again beckon. Through a friend, Tanja learned of an opportunity to film a documentary about an orphanage in Cambodia. She hopped on a plane and flew to South East Asia for the filming. The experience opened her eyes to a vibrant country and the urgent need to help its nascent non-profit community. After returning to London for the films’ debut, Tanja promptly bought a one-way ticket back to Cambodia to get involved in helping more. Her restless soul was re-lit by experiencing Cambodian culture.

For the next four years, Tanja produced documentaries for NGO’s in Cambodia, trying to bring attention to poverty, hunger and income inequality plaguing the young nation.

From Resetting to Burning Man

After the successful production of multiple films in Cambodia, Tanja felt a calling to return to Portugal and figure out the direction of her life.

“I felt like I needed to connect with people that I had some shared history with because I was really not sure about where I should be in my life. Most people had lots of kids, were on a second marriage, and I was like “I don’t really even own a sofa.”

Unsure of what she wanted to do next she turned to her creative passions to guide her in the right direction- attending art shows, music festivals and reading more about environmental protection.

As fate would have it, an opportunity came along to again venture to Asia in 2014- this time to write for a magazine in Macau and Hong Kong.

Not long after jumping at the opportunity and arriving back in the region Tanja met an American man from California who shared her free-spirit and love of trying new things. Tanja realized she had met her romantic match.

Fast forward to 2016 and the couple celebrated their marriage at a fitting location for free spirits from around the world- Burning Man festival in Black Rock City, Nevada USA.

Tanja and her husband were married underneath a big metal art structure of the word “Magic”.

Previous
Next
“What could be better than having random naked people in your wedding photos that you’ll never see again? That was really the goal.”

Shortly after her nuptials Tanja and return to Hong Kong, Tanja felt a deep sense of dread and frustration that she wasn’t doing enough to make an impact on environmental protection and awareness she had read so much about.

Tanja, like many of us thought “I’m reading about it so someone must be doing something about it, but the truth is they’re not!”

She decided to be proactive and endeavoured to integrate her passion into her day-to-day work.

The first thing Tanja did was help create a community to bring awareness to the issues in Hong Kong by helping found the Circular Community Hong Kong (CCHK). CC is a community organization involving people from a diverse range of industries, backgrounds, and skillsets—committed to sharing what they know to the wider community—with the aim of cutting back on waste produced in everyday life. Through meetings and events CCHK  inspires people to think about how live their lives more sustainably- from kitchen to wardrobe, to diet choices and plastic use.

Three years later, the community that Tanja helped create has over 250 active members focused on education and supporting one another. With Covid-19 preventing many of their planned public events this year, they’ve pivoted to hosting online discussions and virtual ZOOM events broken down into four different categories:

In addition to helping create Circular Community Hong Kong, Tanja decided to use her artistic skills to bring awareness to environmental issues in Hong Kong.

Leveraging her relationship with friend and fellow photographer Alex Marco, she endeavours to create a visual display of Hong Kong’s trash to make an emotional impact on people.

Previous
Next
“Art is such a great way to express things when there are cultural barriers or language barriers… Pollution doesn’t really have a passport or care, so when you show that visual image, people get it. You don’t need to have a lecture or statistics; people just get it. “

Tanja and Alex play with the juxtaposition of Hong Kong’s pollution problem with its flashy ascetics as a world class financial hub.

“The two of us had a lot of similar aesthetic thinking. So, we started thinking about how we could take all of these conversations that we’re having around waste, fashion, consumerism, trash, plastic, textiles…. how can we capture it differently in a city that’s very serious and very corporate? How can we push some buttons?” 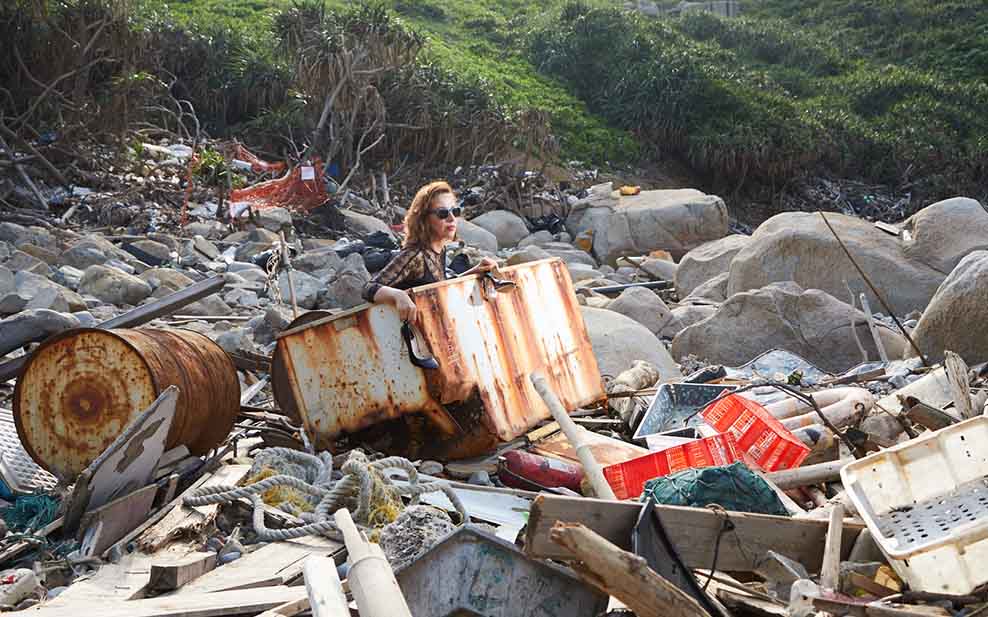 Tanja’s works of art have been picked up by media outlets around Hong Kong. And the feedback she has gotten proves that her art is starting discussions about what we can do to better manage Hong Kong’s ongoing waste problem.

“Everything is always about sparking the conversations.”

Tanja hopes that through Circular Community HK and her artwork she can make positive difference and inspire the next generation of eco-activists in Hong Kong.

If you’re interested in learning how you can live a more sustainable lifestyle, or eager to use your personal platform to raise awareness like Tanja, she suggests you keep a few things in mind:

As Tanja’s story illustrates, staying inspired and constantly exposing yourself to new experiences leads to more clarity on how to leverage your skill set to make a positive impact on the earth.

For Tanja art and travel moulded her world view and helped her to discover she could make a difference by leveraging her skills as a people organizer and artist.

Keep people around you that amplify your skill set and inspire you to be funky. For Tanja a constant inspiration in her life was her “eclectic, nature-loving mother” who inspired her to not go with the mainstream.

Also, see what events and organizations you can get involved with that are making a positive impact. Just spending more time soaking up ideas in the sustainability space will give you more inspiration.

Tanja suggests checking out the work that Ella McArthur does with her foundation to help promote a circular economy.

Here in Hong Kong Tanja encourages others to check out what Christina Dean does with REDRESS to try to eliminate some of the textile waste that is piling up in our landfills.

If you’re interested in getting more information about REDRESS and their work or if you want to get involved, please check out the WELL, WHO? exclusive interview that we did earlier this year with Christina Dean.

Tanja is going to be speaking at TEDxTinHau Countdown on October 17th, 2020 sharing even more insights and tips.

We are proud media sponsors of TEDxTinHau Countdown and are excited to share that they are committed to building a community and making impact in Hong Kong around climate change.

Get your tickets now by clicking here!

We’re also very excited to share that we’ve recently launched our first Podcast! Dispatches from the Zen Den is a WELL, Media Production in collaboration with MANA!TV and Bobsy Gaia. Season 1: In Business for the Planet features Tanja Wessels on Episode 5. Check it out here!

Here are a few quickfire questions and answers to help you get to know Tanja even better. We asked Tanja to say the first thing that came to mind when we said the following words: 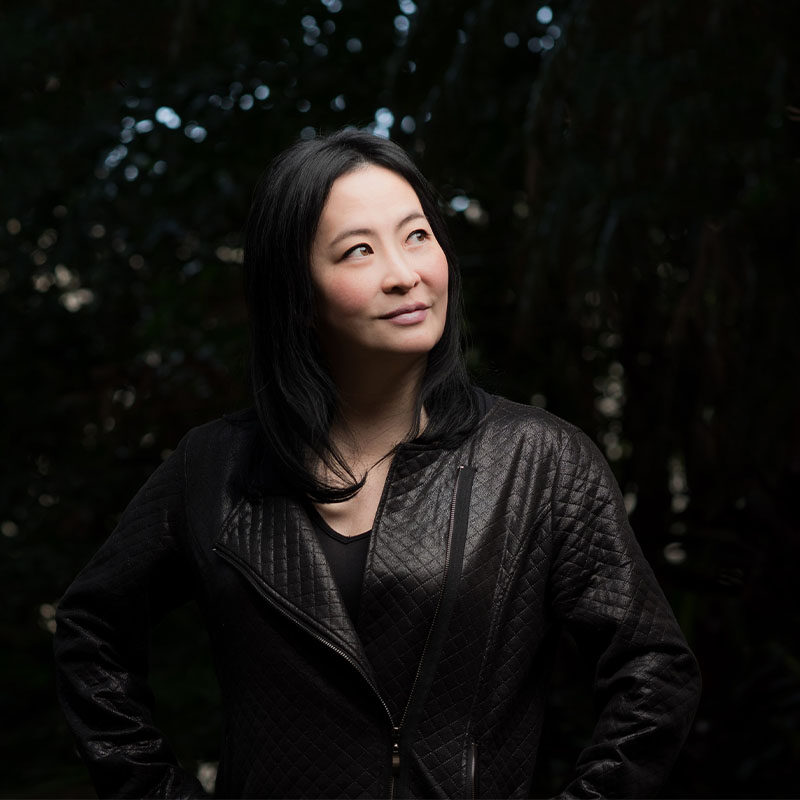 Hong Kong is known for being a city of overachievers. Its strategic position as a bridge ... 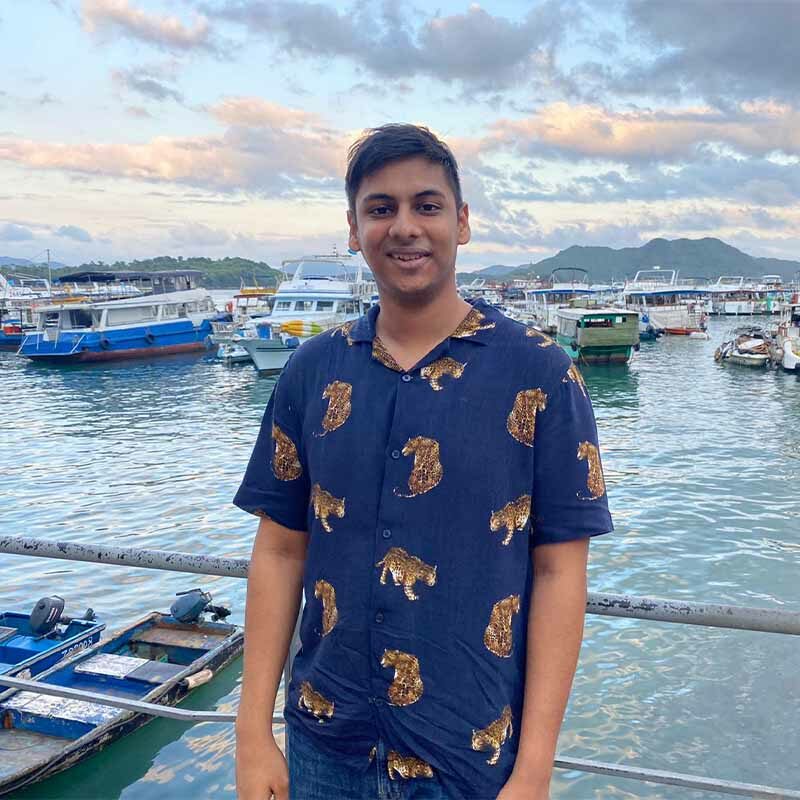 From our earliest days, we humans have always been an innovative, technological species. ... 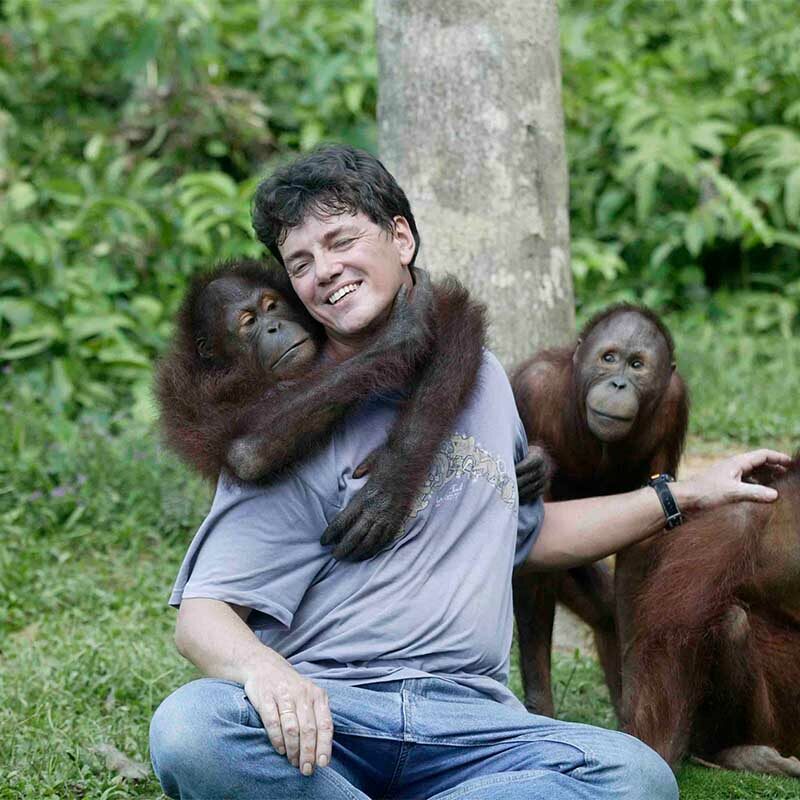 Prefer not to read? WELL, listen to this article by clicking on the player Once upon a ...